In 2017, I started recording YouTube videos of my gameplay as a way to put content out there as a gamer.

“Since I was already playing games, why not put out content for others to enjoy?”

I started streaming on YouTube Gaming before eventually making the switch to Twitch in July 2017. In February 2018 I achieved Partner status, 7 months after my first stream.

Fun Fact: I have streamed more than 120 titles on Twitch itself. The games I play transcend genres!

My stream direction is a melting pot of positivity, puns, high energy and real talk all stirred together.

I started gaming since I was 5 years old!

Games such as Contra, Bomberman, Super Mario and Zelda formed my earliest childhood gaming memories. From the SNES to the Gameboy, the first Xbox to the Playstation, I have gamed across multiple platforms, playing games of different genres, eventually falling in love with Action Games, RPGs and MMORPGs.

No other MMORPG has captured my heart like World of Warcraft did. After playing games like Maple Story, Rappelz and more, I picked up WoW in late 2008. 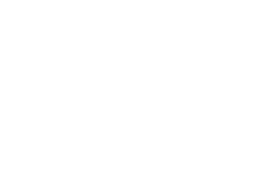